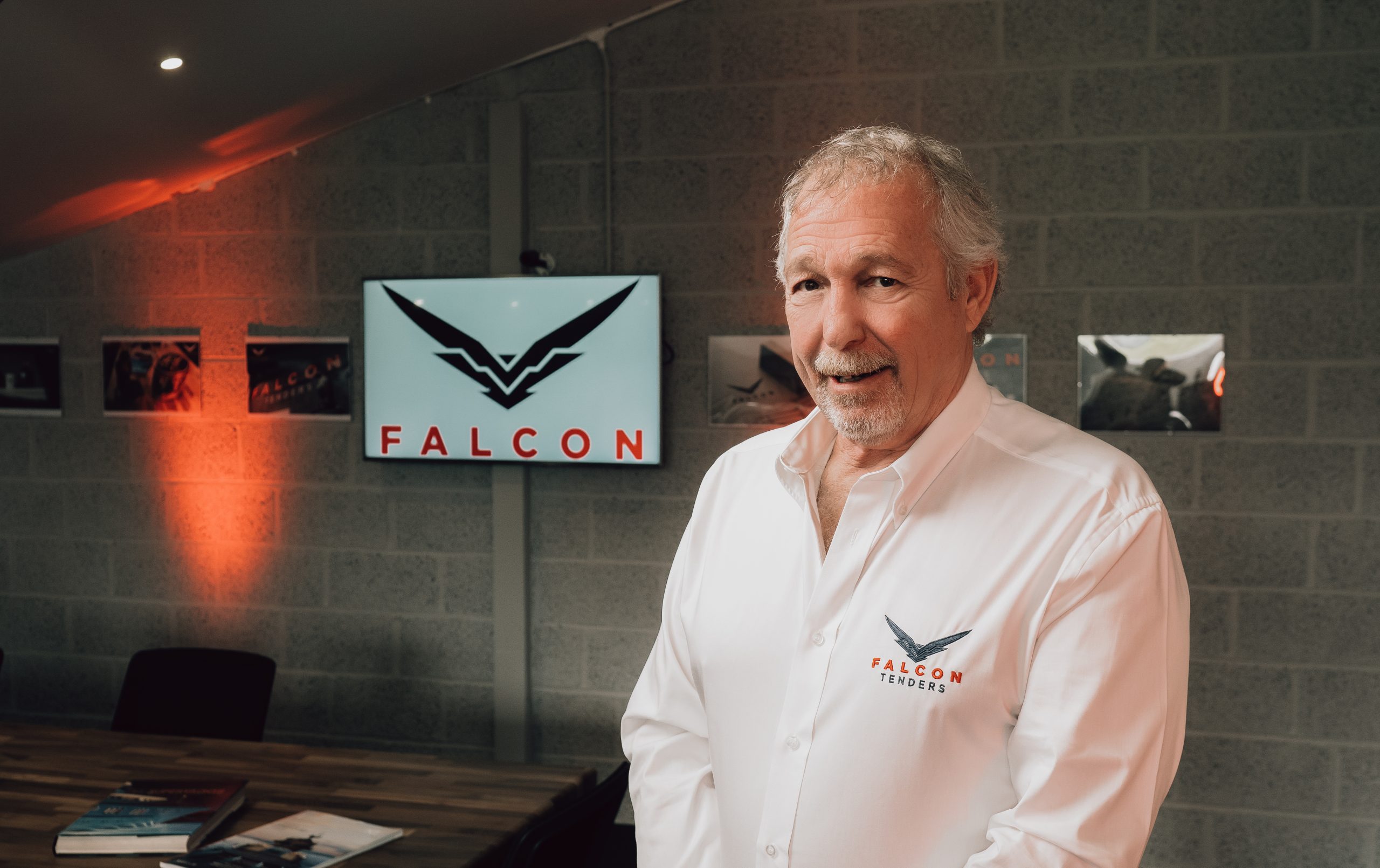 Mark Pascoe is someone who needs little introduction. He started out manufacturing high-performance sports boats for Southampton-based Cougar Marine. The brand was world renowned in high performance powerboat racing in all classes from inshore right up to Class-1 offshore. The aluminium Cougar US1 46 was particularly notable for winning the world championship in Key West; running at speeds of 90mph the triple-engine 14m composite boat doubled as a highly sought after pleasure craft ideal for tearing around St Tropez.

Mark took the knowledge he acquired in building powerboats and applied the engineering and immaculate finish to a range of RIBS and high-performance sports boats, which he produced with a small, dedicated team of skilled craftsmen under Mark Pascoe Sport RIBS. The company enjoyed large-scale expansion over the following five years, with its range of 7-10m Sport RIBS spearheading the success of the company.

The seminal moment in Mark’s career came in 2005 when, as General Manager of Pascoe International, he oversaw the production of two custom tenders for the legendary S/Y MALTESE FALCON.’ Mark eventually re-joined Pascoe International as Production Manager, overseeing the build of more than 200 Superyacht tenders.

In 2021, Mark began a new chapter in his career and established Falcon Tenders, which looks to build the very best superyacht tenders on the market.